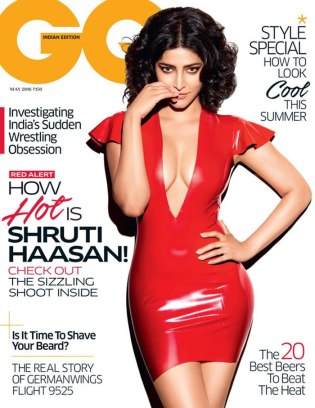 She is Hot! One of the popular star in south film industry & Bollywood actress Shruti Haasan on the Cover of GQ India Magazine may edition 2016. And none can deny that she looks absolutely sexy in red. GQ is the second magazine released in India, after Vogue India, that is 100% foreign owned. It’s an Indian edition of men’s magazine, covering fashion and style. Before this, Bollywood celebrities like Priyanka Chopra, Amitabh Bachchan & Farhan Akhtar have already been on the cover of GQ India magazine.